Linux Kernel has lots of data structure such as list (including linked list, double linked lists), red-black tree, B Tree , Interval tree, Heap, Radix tree, spin locks and so on.
I will put some articles for these interesting data structures.

List is most simple data structure we could start with.

what this function todo is put entry between next and prev.

del is to delete all items between prev and next. therefore, set next’s prev to prev node.
and prev node’s next to be next node.

delete old one and linked new one to old one’s postion.

delete from one list and add as another’s head

move head->next to head and tail.

some other functions such as list_cut_position is to split list into two.
and list_splice is to join two lists

some macro are defined in such format, there for developer don’t have to write “for” every time

Linux start with start_kernel function in main.c. It has lots of function, such mm_init for kernel memory allocators. Let’s start with some very basic components firstly.

task_struct is an basic and important struct for process.
It is defined in “include/linux/sched.h”

One process will be linked with others, for example, parent process and child process are linked together.

each member of task_struct is very critical and it is better to go though all of them to understand its better.

Check the definition of task_struct, you could print more information you want, 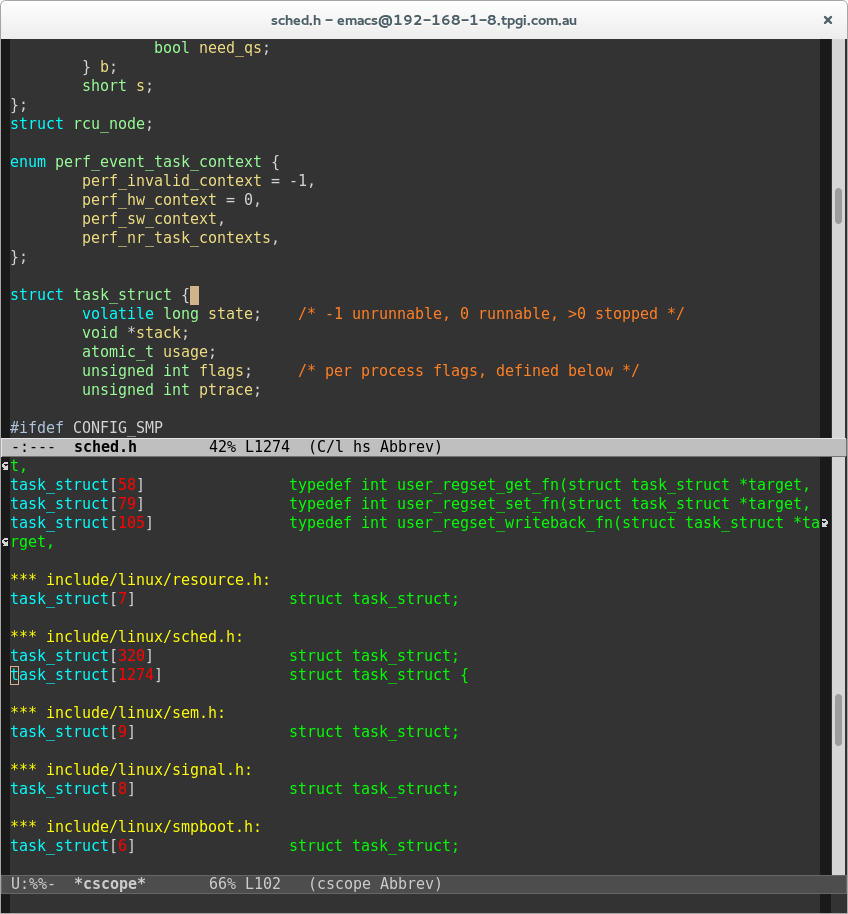 As we know, Linux Kernel is huge project. Luckily that we don’t have to index function definition by ourselves.

Cscope is excellent tools for open source. Linux kernel has configuration for it.

for gtags or ctags.

check the screen dump for all options from Makefile. 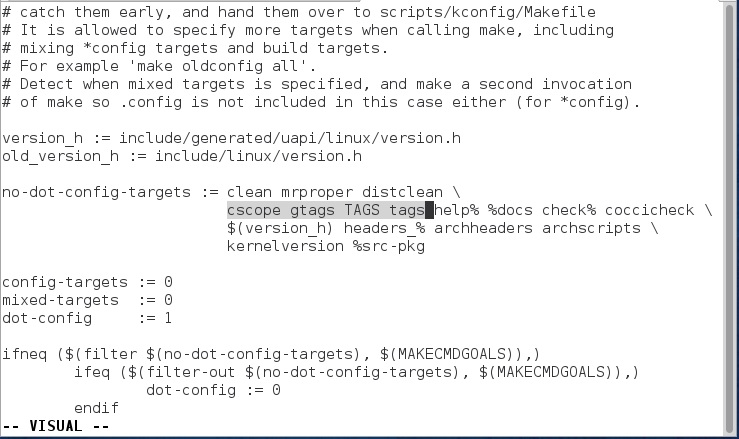 As we know, if we want to know a special function and who will call it.
One of way is to use “cscope” to static analysis.

The following step is how we do it:

Enabling Stack Dumping in Linux Kernel
Enabling in Kernel Config
To enable the dump_stack() function in the kernel config the following options must be set. You can use make menuconfig or make xconfig to do this. 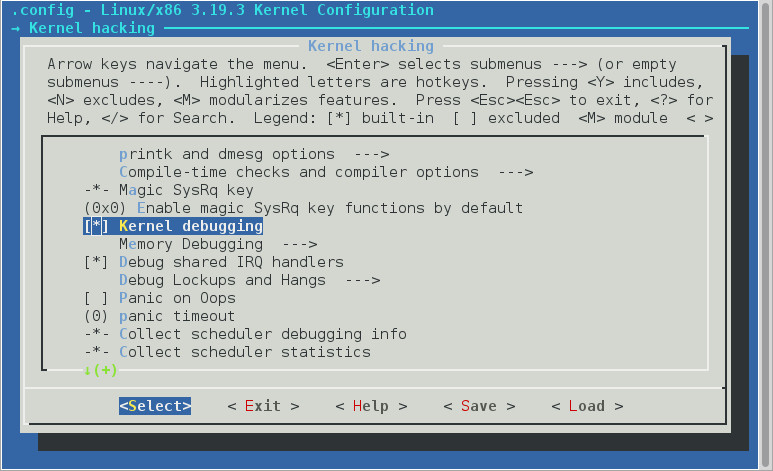 Enabling these two options will change the dump_stack() function from a do nothing function to dumping the stack.

You need to rebuild your Linux kernel image after enabling these options.

A blog of software/firmware developer
Welcome to discuss any questions.